Skip to main content
Register
The NCAA Coaching Workshop is a live, virtual course on April 8 from 8:00am – 5:30pm Mountain Time. The NCAA Coaching Workshop is aimed towards current and aspiring NCAA Women’s Triathlon coaches. The workshop will be taught by NCAA Women’s Triathlon coaches from all 3 divisions and cover coaching and administrative topics. 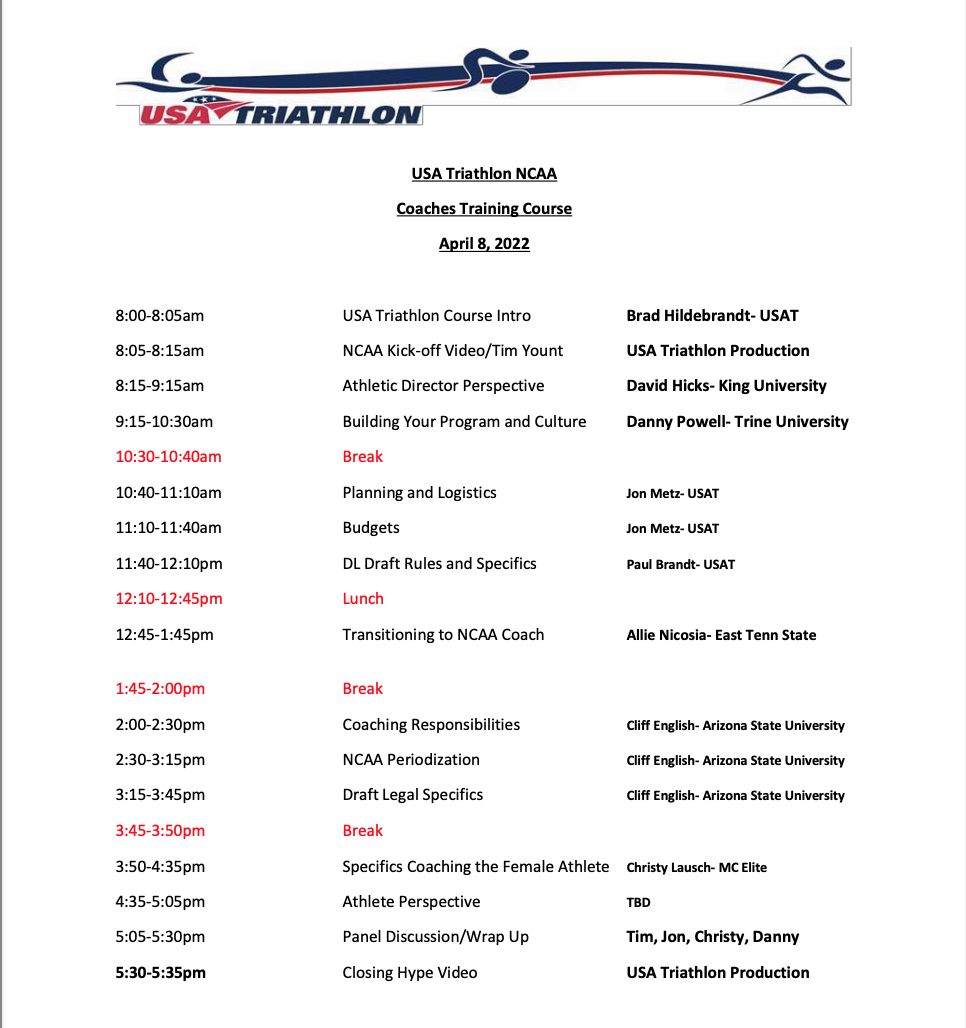 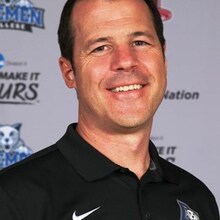 Dr. Jon Metz holds a Master of Science in Education and Doctor of Education in Educational Leadership. Additionally, Dr. Metz is certified as a USA Triathlon Level II (ITU) Coach, USA Triathlon Youth & Junior Coach, IRONMAN Coach, USA Cycling Coach, and TrainingPeaks Coach. His international and domestic coaching experience includes camps, clinics, groups, teams, and individuals in both draft-legal and non-draft legal environments. Beyond working with athletes, he instructs and mentors coaches, from all sports, in the area of effective coaching. His experience in the field of education and athletics is the perfect combination to ensure coaches understand and apply teaching skills to better connect with their athletes. Dr. Metz is the founding President of the College Triathlon Coaches Association (CTCA). The CTCA was established to provide educational, professional, technical, and competitive support to the membership. Furthermore, the CTCA seeks to develop the sport among all NCAA institutions. Dr. Metz was instrumental in creating one of the first NCAA Varsity Triathlon Programs in the United States at Daemen College in Amherst, NY.
Email 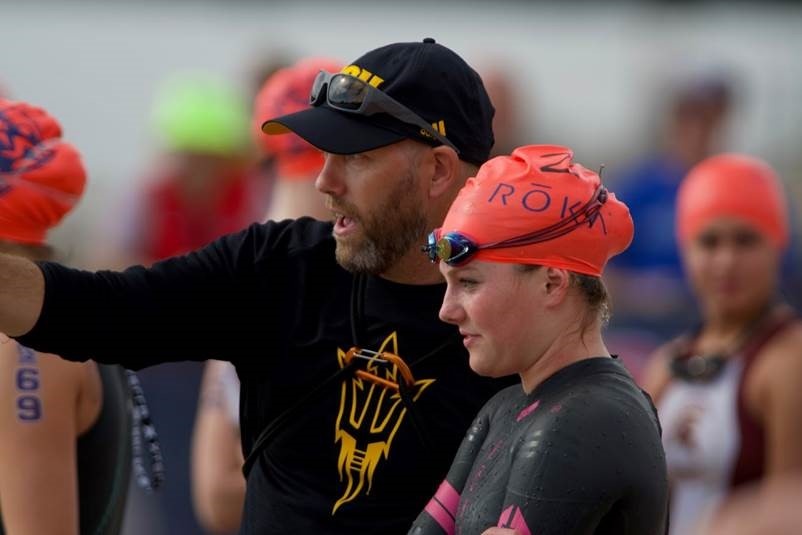 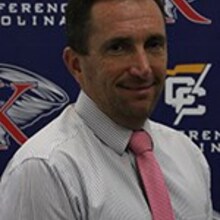 Since being named King’s Director of Athletics in June 2011, David Hicks has guided the Tornado through a period of tremendous success in both competition and the classroom. During Hicks’ nine-year tenure: The average GPA for student-athletes has remained above a 3.0 each year. 5 student-athletes have received the Conference Carolinas Elite 23 Award for having the top GPA at the Conference Championships 32 student-athletes have been named the Conference Carolinas Scholar Athlete of the Year for their respective sport 9 student-athletes have been named Academic All-American. The NCAA Federal Graduation Rate reached a 10-year high in 2019-20 at 75 percent Tornado athletic teams have won a combined 27 Conference Carolinas Messick Awards for sportsmanship, including the overall Messick Award in 2015 and 2020 Tornado athletic teams have won a total of 24 Conference Carolinas regular season or postseason championships The women’s wrestling and cycling programs have combined for 10 National Championships. 4 sports, acrobatics & tumbling, esports, bass fishing and women’s triathlon have been added to King’s athletic offerings. In addition to leading the Tornado athletic program, Hicks has remained active on the regional and national level in college sports. NCAA Playing Rules Oversight Panel (2019-Present) NCAA Men’s Basketball Southeast Regional Advisory Committee (2018-Present) Division II Athletic Directors’ Association Board of Directors (2015-20) Division II Athletic Directors’ Association Regulatory Advisory Board (2015-18) NCAA Culture of Compliance Summit (2017) NCAA Women’s Basketball Southeast Regional Advisory Council (2015-18) NCAA Softball Rules Committee (2014-18) Chair of Conference Carolinas Athletic Director’s Council (2016-18) Chair of Conference Carolinas Student-Athlete Affairs sub-committee (2011-15) NCAA Softball Southeast Regional Advisory Council (2011-15) Prior to arriving at King in June 2011, Hicks spent 13 years at Rhodes College as Assistant Athletic Director, and the last six years as Head Softball Coach. As a Coach, Hicks had a winning track record, having become Rhodes' all-time leader in softball wins in 2009 and earning career win number 100 in 2011. His teams averaged 27 wins per year over his last 3 seasons, making the SCAC Championship game in 2009. In his last four seasons alone, 37 players were named to the All-SCAC team, including one SCAC Pitcher of the Year, and he coached nine All-Atlantic Region players. His teams maintained a 3.4 team GPA during his tenure, with 32 players making the SCAC Academic Honor Roll and 19 players earning NFCA Scholar Athlete awards. Hicks earned a Bachelor of Arts in History from Kenyon College in Gambier, Ohio, in 1995, where he was a four-year starter on the baseball team. He earned his Master of Arts in Sport Management from Ohio State University, in Columbus, Ohio, in 1996. Prior to his time at Rhodes College, Hicks worked in the athletic ticketing and marketing offices at Wake Forest University in Winston-Salem, N.C. He and his wife Cindy celebrated their 23rd wedding anniversary in 2020, and are active members of Central Christian Church. They reside in Bristol with their four boys, Alex, who is in his senior year at King, Daniel, a freshman baseball player at Rhodes College, Stephen, age 16, and Luke, age 13.
Email 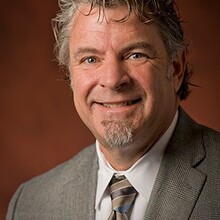 Prior to my career in academics, I spent 25 years in the banking and investment industry where my experience ranged from sales, operations, management and firm ownership. I managed diversified portfolios using complex strategies that totaled more than $150,000,000. I've had the opportunity to conduct leadership and strategic management consulting for many business and sports organizations throughout the United States that relates to my research in the areas of leadership behavior, job satisfaction and organizational performance. As a professor, I use real life experiences, case studies, experiential exercises and projects to bridge theory and practice, creating an engaged and energetic learning community. My wife of 24 years, Cathy, and I have two children, Carli and Blake. In addition to spending time with family, I enjoy competing as an ironman triathlete as well as hunting and fishing.
Email 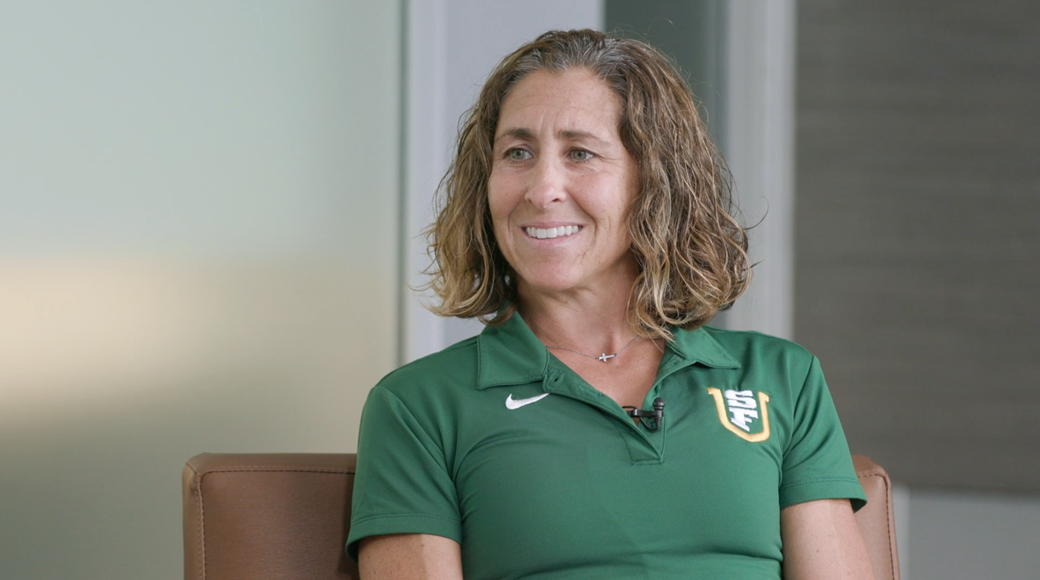 Gina Kehr raced as a professional triathlete for 13+ years. Her experience ranges from ITU racing finishing 8th overall at the 2000 Olympic Trials to 4th place overall at Ironman World Championships in Kona, Hawaii. She is known for having one of the most top 10 overall finishes by a female at the Ironman World Championships in Kona, Hawaii . Since retiring in 2010, Gina has turned to coaching where she coaches individual athletes and shares her insights and leadership through workouts, blogs, webinars and forums.
Email